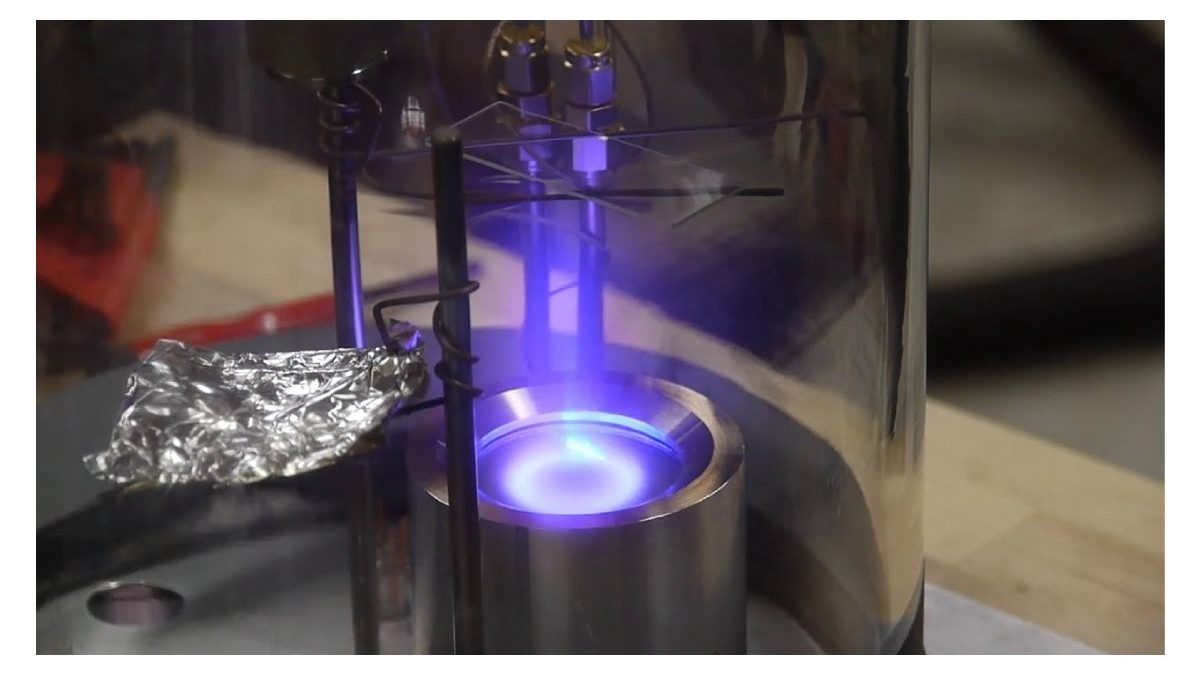 Plasma deposition and magnetron sputtering are two very important processes that are used in the manufacture of thin films.

Thin film technology is relatively new, but has made a significant contribution to many different industries such as aerospace, medicine and electronics.

The reason why thin films are so versatile is because of the myriad ways that they can be manufactured; mainly through physical and chemical deposition processes.

In this article, we’ll be comparing two common processes that are used to create thin films: plasma deposition and magnetron sputtering.

By the end of this article, you’ll have a solid understanding of both these processes and why they are used in different ways. Keep on reading to find out more.

Plasma deposition is a type of chemical vapour deposition process that relies on chemical reactions as plasma is created from the reacting gases.

Plasma is the term used to describe any gas where a significant amount of the atoms or molecules within it are ionised.

You’ll most often see this type of depoistion process used in the manufacture of semiconductors.

This is because these devices are often made up of temperature-sensitive materials and plasma deposition allows for an extremely fast deposition rate without the risk of roughness or defects in the material.

Magnetron sputtering has been around since the 1850s, however it wasn’t until the 1940s when this process really started to take off.

Sputtering is a term that’s used to describe the process in which energetic particles of gas or plasma bombard a chosen material which causes atoms to break free.

The process uses a magnetic and electric field to hold particles close to the substrate material for a high rate of spluttering.

There are a few different variations of magnetron sputtering, which are used for different applications. These variations are direct current, pulsed DC sputtering and radio frequency sputtering.

Magnetron sputtering is most commonly used in circumstances where metallic coatings are being used and scratch resistance, conductivity and durability are the primary goals of the manufacturer.

This type of sputtering has been used to create many products but has found most of its popularity in the electronics industry. It was first used in the production of computer hard disks, and then in creating semiconductors.

Now, you’ll see the magnetron sputtering process playing a crucial role in the manufacture of optics, microelectronics, textiles and machining.

Using plasma in the CVD process is usually performed in chambers of low temperatures, typically between 50°C to 400°C where an electric field forms and causes electronics to accelerate, which creates ions that will strike the substrate surface.

The name “magnetron sputtering” is used because the process uses magnetic fields to control the ion particles responsible for allowing deposition to take place.

Magnetic sputtering also creates a low-pressure environment for deposition to take place, and uses a gas that comprises the plasma, typically argon gas, to enter the vacuum chamber first.

This deposition process depends on mainly on the substrate material being used, especially the atomic weight of this material.

Similar to plasma deposition, this process is commonly used in the semiconductor industry, but also has found use in optics, textiles and microelectronics.

Plasma Deposition vs Magnetron Sputtering: When Is The Best Time To Use Which?

Magnetron deposition is the most suitable method of producing thin films in scenarios where you’re working with materials with high melting points that would not be able to evaporate.

By using this process, you’re able to achieve dense films with goood adhesion to create a range of different products.

The benefits of using magnetron sputtering include that you can ensure extreme precision when it comes to the thickness of your coatings. This process is also preferred in the instances when you’re using metallic or insulating coatings with optical or electrical properties.

Magnetron sputtering is a very versatile method of producing thin films, which is why you’ll see it used in plenty of different applications. Unlike other deposition methods, magentron sputtering isn’t limited in the materials that it can use as a sputtering target.

The material used for the process can be just about anything, this is because it doesn’t need to melt or evaporate onto another material.

On the other hand, plasma deposition is a process used to enhance the properties of deposited layers. You would most likely use this technique in the semiconductor industry if you’re making products such as integrated circuits, photonic, photovoltaic, biomedical and optical devices.

The benefits of using this type of process is that you’re able to deposit layers of different materials over substrates of varying shapes and sizes. Even as the materials change, you can always ensure uniform film properties and thickness – which is what makes this deposition technique such a popular choice.

In this article, we have given you an introduction to some of the common deposition processes: plasma deposition and magentron sputtering.

Although these two processes are used to make some similar products, the process and properties of them do have some major differences that make them unique.

The Best Holiday Photo Cards to Send This Season

6 Ways How technology is changing the CBD Industry

PDFBear: The Best Website To Delete Unessential Pages From Your PDF

Why Should You Work With An IT Consulting Firm?